Showing posts from December, 2013
Show All

An Absurd Fiction of the Postmaster’s Corporate Sole 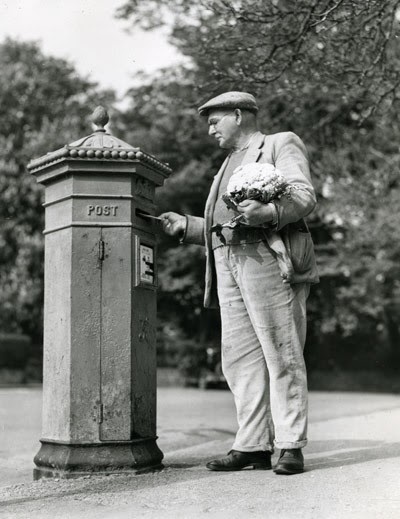 Posting the letter while holding a cauliflower We have no difficulty ascribing corporate status to groups of individuals. But to one individual? It was a quirk of English jurisprudence, complained the legal historian F. W. Maitland , that an individual with power vested in the crown or the state could be regarded as a corporation in law. The fiction of a king with two bodies (one natural, the other artificial) originally intended to simplify early modern matters of state, such as the personal property rights of the ruler, became a source of irritation as the Crown gradually lost power to parliament and judges. English common law could (and did) cope with the anomaly, but only by constantly creating new statutes to get around difficulties arising from this theory that a real person could also be a corpulent corporate body in a government office.  Not only did this fiction of a two-bodied person-corporation play havoc with the proper conceptualisation of the state, said Maitland,
Read more

Population growth, division of labour, and market expansion increase the complexities of governance. Institutions emerge as efforts either to reduce complexity or to organise the complexity. Throughout economic history, institution-builders have struggled to keep pace with complexity-growth by simplifying processes of economic governance. Their task is ‘easier said than done’, as evidenced by the frequency of crises resulting from a mismatch between the speeds of economic change and institutional change.  We can scratch the surface of key early processes through which institution building did reduce complexity by looking at local governance in England during the 1600s and early 1700s. Social history contributes one strand in a fresh approach to the study of world-shaping institutional change which accompanied economic modernisation in the first territory to achieve the transition to capitalism -- England. The variety of unpaid public offices referred to below include constable
Read more

The 'China Dream' in Southeast Asia 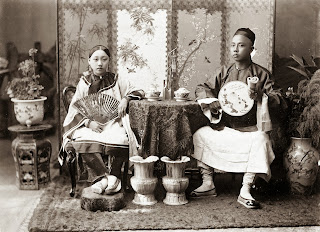 Chinese merchant couple in Burma (wiki) Even in Japan, official history remains skewed by militaristic patriotism. But China is not a free society, and has few checks on the hijacking of official historiography by aggressive nationalists. Twisted historical narratives and atavistic posturing in both countries underlie the current tensions over a new air-defence zone in the East China sea. If China extends this protection zone to the South China sea, which it claims as "historical waters", then Southeast Asian history will come into play. The jingoistic Chinese media should pay attention to the proud history of the Chinese commercial diaspora in Southeast Asia dating from the seventeenth century. Chinese nationalists need help in understanding why the 'China Dream' would be more effectively advanced overseas through commerce. Chinese migrants were the 'Jews' of early modern Asia. They were peaceful, thrifty, and industrious, and they adapted to loc
Read more